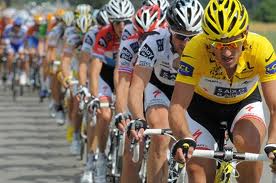 Yes, it’s that time of year again – time to watch the Tour de France. As usual, there is something for everyone.

Scandal. You didn’t think they’d pull off another Tour without allegations of doping did you? Of course, I for one am shocked, shocked that there could be doping in professional bike racing, but it seems it would not be the Tour de France without allegations, investigations and excuses. Everything from the dog ate my drug test to the latest – Alberto Contador’s positive results from tainted meat? Personally, if I were a Tour contender who did not want to risk doping allegations, I’d only eat food harvested from my own organic farm to avoid such utter nonsense. But where would be the fun in that?

Drama. How about Mark Cavendish head-butting his fellow competitor on the very first day? With a Lance-free race, there’s room for everyone to shine or draw shame.

Horror. Today, in stage five, there must have been at least ten crashes. Blood on the highway, Tour-ending injuries for some. Determination in the riders who finished despite injury, pedaling away, heads down, trying to catch up as their shredded jerseys fluttered in the crosswind.

Athleticism. These guys are the most athletic competitors, hands down, among any other athletes you’ll ever see on TV. One could even say they’re riding with physicality, except they do it all day, every day, for almost a month, not just for the last few minutes of a one-hour game.

Charm. What would the Tour be without the charming commentary of cycling’s beloved Phil Liggett? Funny, entertaining, always the gentleman. He talks about the cyclists as if they’re his dearest sons – calling them boys or lads. He’s the only person I know who can pull off expressions like “Mercy me” without sounding silly.

Endorsements. With a Lance-free Tour, the commercials are actually interesting this time around. No silly nonsense from Lance and the Radio Shack nerd ad nauseam, as Lance pedals away on his bike in the office. That’s what I do in my office by the way – come to work in bike clothes and pedal all day. No Lance riding behind the Nissan Leaf. I was beginning to think he came with the car. They had to come up with real commercials this year.

And last but not least, for the ladies: muscular hotties in Spandex. 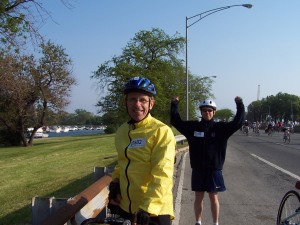 My muscular hottie in Spandex (© Huffygirl 2011)

So, the Tour does have it all. Watch for more drama in the sprints as feisty Mark Cavendish vies for the green jersey over the next few stages. Once in the mountains, expect to see Alberto Contador, last year’s winner, duke it out with Andy Schleck, whom some (okay, me) say he cheated out of winning last year’s Tour. Andy’s brother Frank, who dropped out with an injury last year, may be another yellow jersey contender.

And while you’re at it, dust off your own Huffy, get out and ride, and pretend that you’re part of this year’s Tour de France. 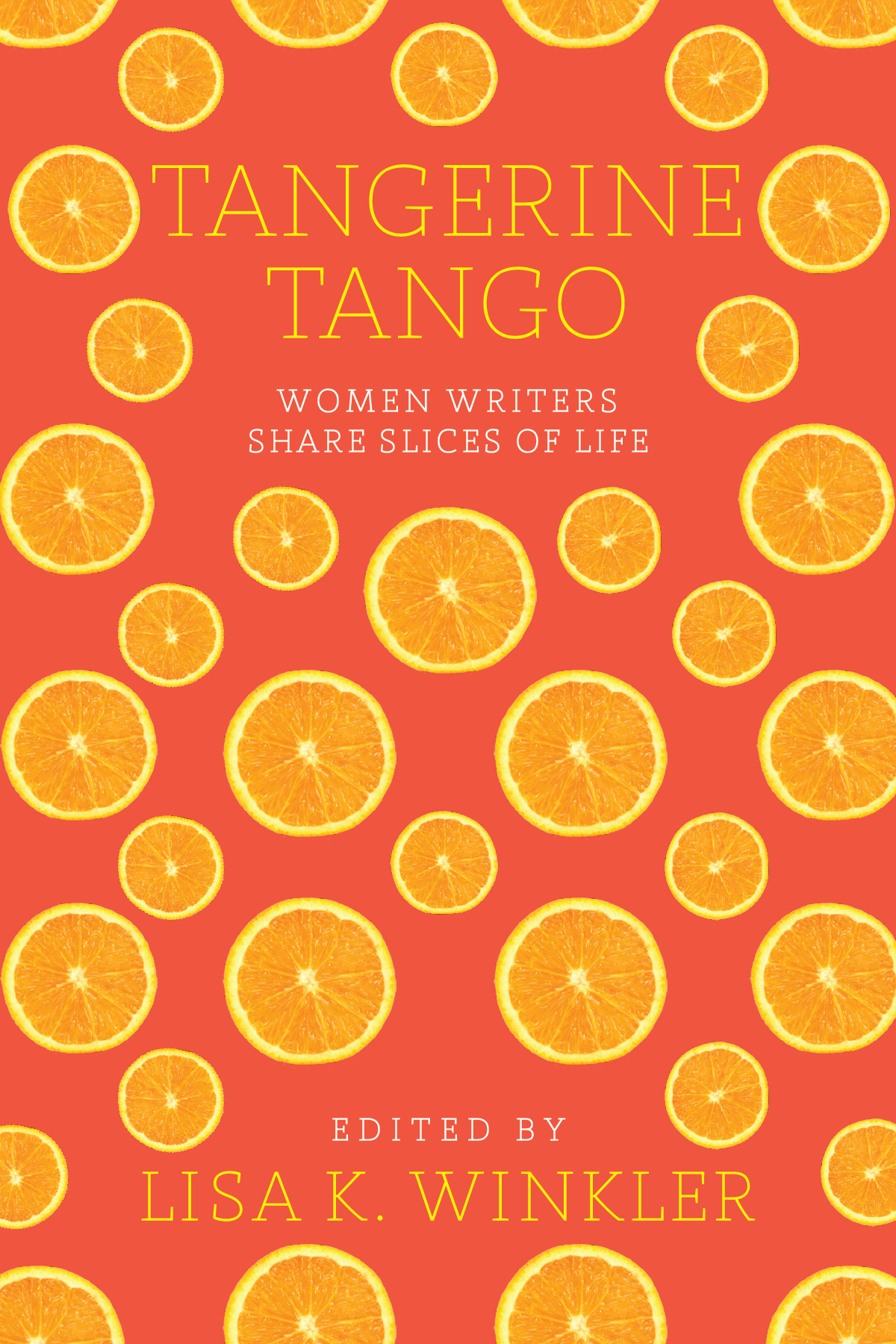